I’ve been lucky enough to work overseas quite a bit, although not always with a camera at my side. I spent five years in Thailand, for instance but have very few photos of the country at that time. I do however, have piles and piles of photos of my daughter, who was born in Bangkok. So perhaps I was focussed on something else for a bit…

In the mid-1980s I spent some time working on a water and sanitation project in Juba in the south of Sudan (it’s now a separate country: South Sudan). I carried a small Minox with me and managed to make something of a record of my time there, although it was not an easy environment in which to take photos: the Dinka, one of the main tribes in the area, were strongly opposed to having their picture taken (something I always respected), and the civil war that was ongoing at the time introduced suspicion of anyone with a camera.

After being evacuated from Juba because the civil war flared up (honest – it wasn’t anything to do with me taking photos) I then moved to work for Save the Children in the east of Sudan, working much of the time with refugees from Tigray. The mood for photography here was much more relaxed – indeed the children loved to have their picture taken.

The following photos touch on my time in the south of Sudan, follow the links for other destinations. 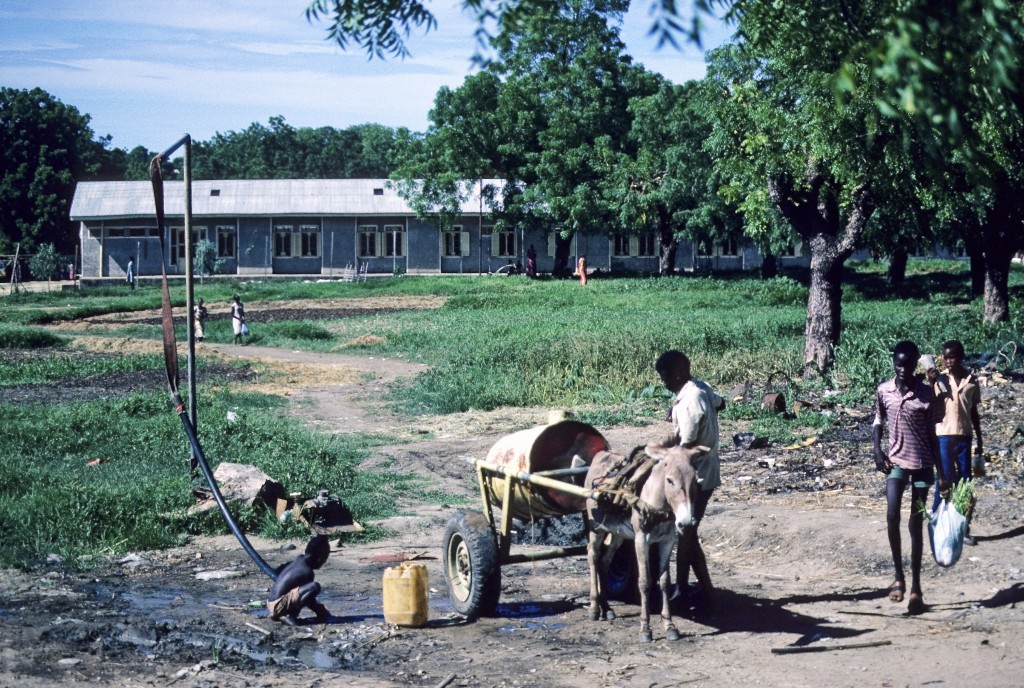 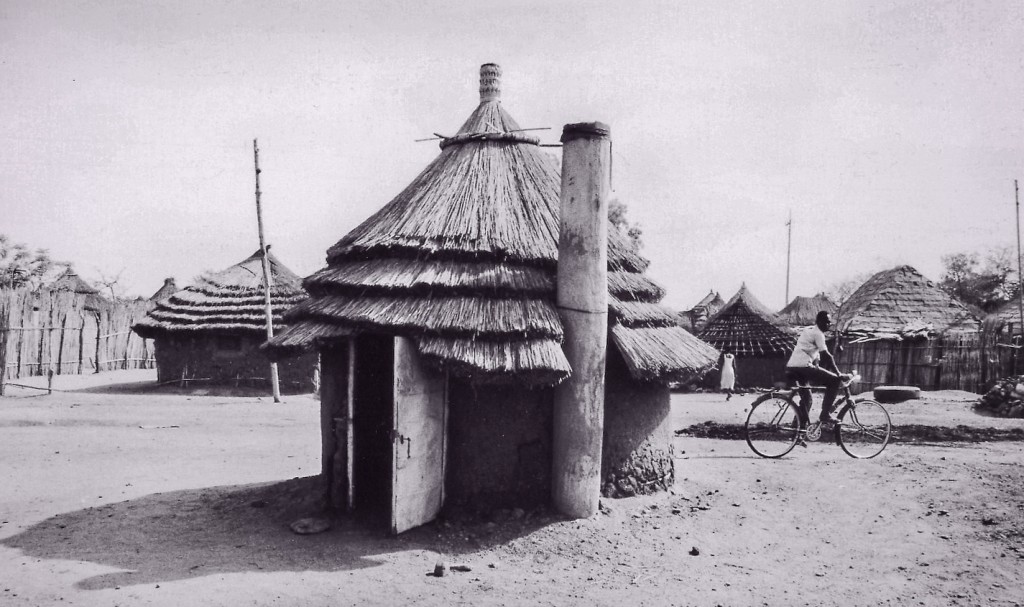 One of the sanitation challenges in such a poor area as Juba was to reduce the number of flies causing illness and disease. The VIP was one answer: like other former examples, the latrine has a concrete covering to stop flies exiting after the latrine has been used. But the former model allowed the flies to escape as soon as the cover was removed for the next use. The VIP overcame this by providing a long pipe that allowed light into the well of the pit. The flies followed the light – but the end of the pipe was covered with a fine mesh, meaning that the flies could not exit. Because they always followed the light, they did not return down the pipe to exit via the removed cover. Instead they kept trying to fly through the mesh until they died. Silly flies. 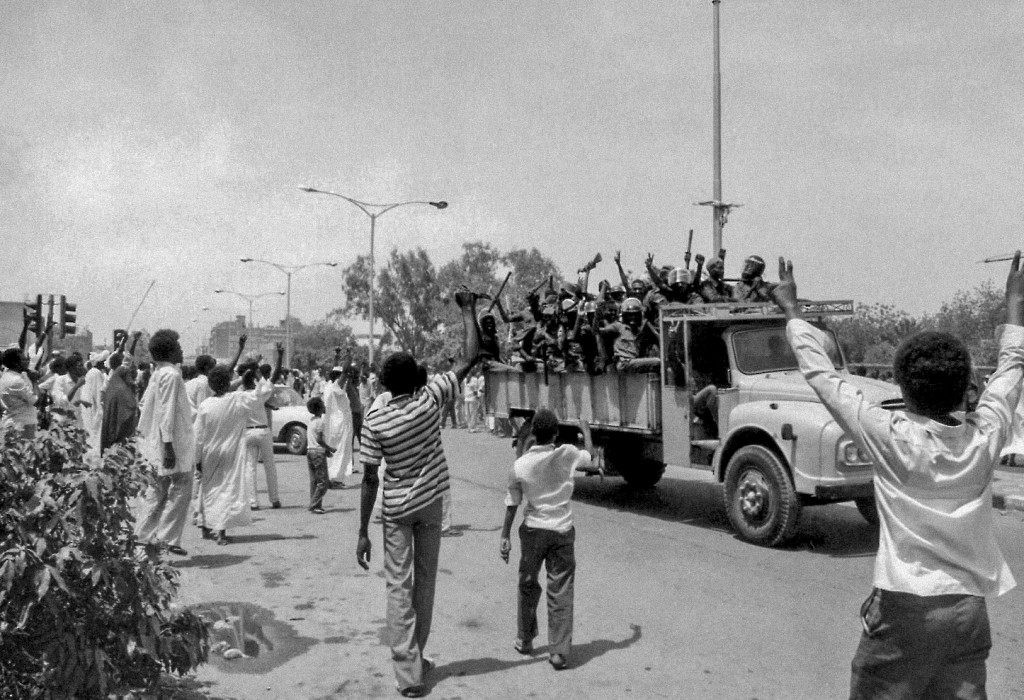 The photo above was taken when I was visiting Khartoum, liaising with the USAID, which was funding the water and sanitation I was working on in Juba. There had been some weeks of civil disturbances in Khartoum, against the long-serving President Jafaar Nimeri. One day all was exceptionally and eerily quiet when I got up. No-one was on the streets and even the dogs seemed to have disappeared. I was staying in a guest house on my own and had no way of knowing what was happening, so I decided to walk to the home of a friend who worked in the UN – guessing that he would be informed. As I walked in the deserted streets I became more and more uncomfortable and realised I should have stayed at home and kept out of mischief. Then suddenly there was an almighty sound of shouting and car horns: people flocked into the streets shouting and ululating – and the military arrived by the truckload.

For a moment I was terrified, thinking that the call had come for the uprising. Luckily, however, it had been quiet because everyone was inside, listening to a radio broadcast by Nimeri – in which he announced that he would be stepping down and complying with the demands of the people. So they were whooping with delight – even the soldiers.

Still, I can’t help thinking about what could have happened. Silly me.

I'd love to hear from you, so if you have any questions or comments then please do get in contact. You can do this by clicking the link:
Contact Me